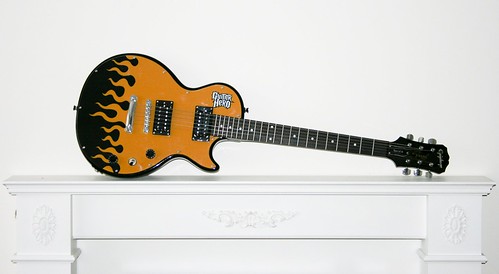 This item has its original box and also includes a guitar cable, strap and an Epiphone black soft case. Please note that the case does not fit in the box and if you want it, additional postage may be required.

Hey everybody! I just stumbled across this community, so I figured I'd join. Here's the requisite intro form:

MOORE IS NOW ON I-TUNES (AND OTHER MP3 DOWNLOAD SITES)!! JUST CLICK ON THE PICTURE BELOW AND CHOOSE YOUR DOWNLOAD SITE!
TYPE IN MOORE AND DOWNLOAD INDIVIDUAL SONGS OR THE WHOLE CD!
YOU CAN ALSO ORDER MOORE MERCHANDISE AND CD'S!
</u>

</font></font></b></center>
IF YOU HAVE I-TUNES INSTALLED CLICK ON THE PICTURE BELOW AND GO STAIGHT TO THE BLEED CD DOWNLOAD PAGE!
></u>

OR CLICK ON THE PIC BELOW TO BuY THE CD ONLINE!
</u>

seriously, uhhh mike, whats with the interests? why are things like digitech and sounds of the underground tour on there? as sick as they may be, idk if they should be under this actual list.

i say definatly keep the bands, but get rid of some of the people on there like i love slayer (so leave slayer) but take off tom araya, jeff hanneman and kerry king, cuz they really arent that good. if u leave any of those people, leave hanneman cuz he can actually somewhat play. take off dave mustaine cuz he's a douche bag, but leave megadeth cuz they're good.

take off the pedal and amplifier companies, cause that's just kind of pointless and redundant. leave most of the guitar/bass companies though.

u should definatly put up metallica, kirk hammet, suicidal tendencies, and opeth.

so people, leave comments and we'll discuss what to have up there.

Name: Ray (Rachel)
Age: 17
Guitar(s)/Bass(es): Fender Squier Bass (but once I get a respecatable job, that'll change...)
Amp(s): Fender, but I borrow my friend's Behringer all the time. God I need a job...
Pedals: Meh. I don't use pedals much. I've only been playing for about a year...
Fave guitarists (or bassists)/ influences: Duff (Guns N Roses), Rachel Bolan (Skid Row)... I tell people I'm named after him *snicker*, and my IDOL- Steve Harris from Iron Maiden.

I was referred over here by war_nervedbd. (Thanks, by the way) It looks awesome.

Oh, and I was wondering if any of you bass players could help me out a bit. I'm looking to start saving for a new bass... if any of you have any recommendations for me that would be awesome. I'm still in high school, and can only work part time, so I'm looking for something that plays nice, but without a ginourmous price tag... ya know? Thanks a million.

i have the program guitar pro4. you can tab out multiple instruments and it will play them all together. its a great thing...i dont forget the riffs i write anymore and it helps teach theory to an extent. if you have it then let me know. if not, ill try to send you a copy perhaps. i have a code for it.

hey everyone, sorry, but i havnt been payin much attention to this community. i figure i'l start now.

im luke the co-mod, and i play guitar and bass, mostly bass right now.
i have an esp ltd kh-202, a bc rich nj beast w/ bill lawrence pickups, and i have a bc rich nj warlock bass with emg p pickups, a badass bridge, emg bqs system and schaller tuners. i'm currently waiting for a rickenbacker 4003 bass to come in, as i have a down payment on it so far.
amps- marshall mgdfx100, fender bassman 100 and a fender 60 watt bass amp that they dont make anymore
pedals-dimebag crybaby from hell wah, digitech bass distortion/overdrive, and i'm saving up for a tech 21 sansamp bass DI, either the rackmount version or the one with 3 channels
influences- Cliff Burton, Les Claypool, John Myung, Geezer Butler, Rex Brown, John Paul Jones, Dime, Mark Morton, Willie Adler, Zakk Wylde, Steve Vai, Satriani, Hendrix, SRV etc...

and i was wondering,
if you could make a band out of dead musicians, who would the band consist of?

i'd have cliff burton on bass, john bonham on drums, dimebag darrell and hendrix on guitar, and layne staley doing the vocals
Collapse